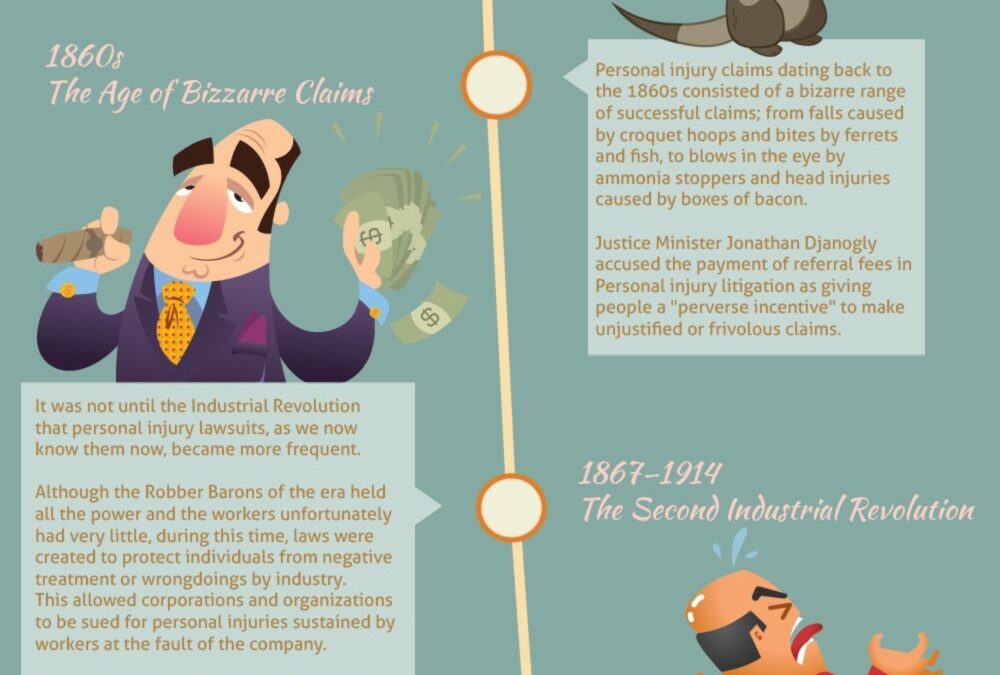 Here we discover the origination of personal injury law from ancient times through Classical Greek and Roman periods, through res ipsa locuitur, all the way to the first television ads by Jacoby and Meyers to the dawn of the Internet.