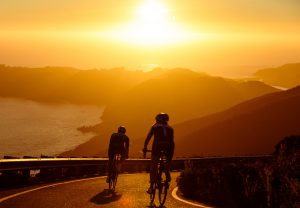 According to the National Highway Traffic Administration, 2% of all traffic related deaths are as a result of bicycle accidents. There’s usually a common misconception that cyclists are to blame when they get into accidents. However, research shows that motorists are also to blame as well.

According to a report published by NHTSA, pedestrian and cyclist attitudes and behaviors were the most common causes of bicycle accidents. Below are some of the reasons as to why bicycle accidents happen:

This is where a cyclist runs into an open car door. This is especially common in busy streets where cyclists are forced to ride closer to parked cars. Drivers should always ensure there are no oncoming cyclists before exiting their cars.

This typically happens when a driver doesn’t give a cyclist enough room while passing. Drivers should always maintain a safe distance from cyclists whenever they want to overtake.

This happens when the driver is distracted or don’t keep a safe distance between the car and the cyclist.

Just like drivers are easily distracted by devices such as their mobile phones, so are cyclists. It’s important that you never take your eyes off the road while cycling.

This happens when a cyclist does not follow traffic rules by running stop lights, cycling into the path of cars among other risky cycling behaviors.

Cycling Under the Influence of Alcohol and Other Drugs

Cyclists who are caught in a rain or snow storm are much less visible which makes it easy for drivers or even other cyclists to collide into them. In other cases, the sun’s glare might blind a motorist making it hard for them to see the cyclist.