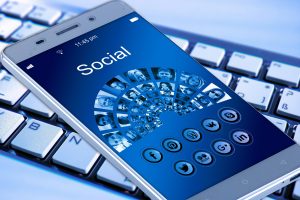 Social media is a mixed blessing. You can easily communicate with your friends and family and watch weird cat videos but it can also be an avenue for you to sabotage your car crash claim. Most people will jump on social media to discuss what goes on in their daily lives because it’s a routine that’s already been integrated in their lives.

However, if you are pursuing a car accident claim, you should try as much as possible to stay away from social media. Here’s why Hyannis car crash attorneys think you should stick to watching cat videos if you really must use social media during your car crash injury claim process.

Let’s take the example of Patrick Snay who won an $80, 000 judgment against a former employer. The terms of the settlement were confidential but his daughter posted the following on Facebook:

“Mama and Papa Snay won the case against Gulliver. Gulliver is now officially paying for my vacation to Europe this summer. SUCK IT.”

Snay found himself back in court for breaching the confidentiality agreement. He wasn’t the one who posted the Facebook update but his daughter did and just like that his settlement became a distant memory.

While the Snay story wasn’t in any way related to a car crash accident, it is still a great example as to why you should refrain from discussing the terms of your settlement with anyone other than your lawyer.

So maybe you are ready to share your latest exploits on social media following your car accident. This is a terrible idea especially if you just filed a car crash injury claim.

Take the example of Sarah Tambosso who testified that she was depressed after being involved in two car accidents. But in March 2007, a B.C Supreme Court judge rejected her claim for thousands of dollars in damages after the defense put forward sufficient evidence to show that her claims were inconsistent with someone who claims to be suffering from depression.

Tambosso’s Facebook account contained photos of her drinking and river tubing with friends, performing at karaoke competitions and attending costume parties. Given the evidence, it would have been pretty hard for her to stick to her claims of being depressed.

If you want to increase your chances of winning your lawsuit or getting a higher settlement for your injuries, you should avoid posting anything when your case is in process.

You might be mad at the other driver for causing the accident and the only place you can “safely” vent and say exactly what’s on your mind is on social media. While blasting them on social media may be legal, it can easily poison your settlement process and increase your chances of going to trial.

Your case might have been headed for an easy and fair settlement but it can turn south especially if your social media attacks start drawing unnecessary attention to your case. Going to trial might be a good thing but if you were responsible for the accident, your settlement amount might be reduced and in some cases, you might not get anything at all.

You Could Undermine Your Injury Claim

Following a car crash, you might be tempted to post on social media telling your friends that you are okay and you will be back on your feet very soon. This may help alleviate your friends’ concerns for your well-being but to the insurance adjuster, it might be grounds for them to question whether you are seriously injured.

Posting photos or silly status updates that imply you are fine after a car crash might undercut your damage award if not your entire claim. So you should be careful about posting anything on Facebook after a car accident.

The best way to use social media is to obviously not post anything in the first place. Anything you post, no matter how harmless you think it might be can be used against you. If you must post anything on social media then it must be factual and brief. Avoid ranting about the insurance company or the car accident. In short, don’t let emotions guide what you post on your social media accounts.

Set your account security to family and friends only. This is also not the time to accept friend or follow requests from strangers. Insurance adjusters will want to use every trick in the book to gain access to your account for more information to use against you. They may send you friend requests because they “just want to establish a better working relationship with you” or “they are concerned for your well-being”.

Your relationship with your insurance adjuster is purely professional so you have no business accepting their friend requests.

Even after settlement, avoid bragging about how much you received in compensation. The less you say, the better off your car crash claim will be.

Call One of Our Hyannis Car Crash Attorneys

An essential element to any personal injury claim is proving that you were actually injured. The insurance company will avoid liability by proving either you are exaggerating your injuries or you are faking them. Insurance companies don’t need to hire private investigators to catch you going kayaking when you should be on bed rest. They can just use your status updates.

Part of our initial meeting with a client is to give them a brief overview of why they should stay away from social media. It’s part of our duty to protect our clients’ rights and get them the justice they deserve.

If you have been involved in a car crash in Hyannis, don’t hesitate to call one of Hyannis car crash attorneys so that we can help you get the compensation you deserve. Call us at 508-775-1660 or visit our offices today. Initial consultations at Kevin P Landry offices in Hyannis are always free.