Why You Need Uninsured Motorist Coverage in Hyannis, MA 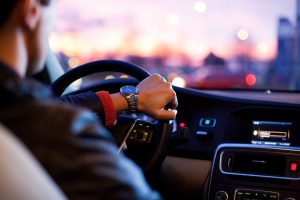 Kevin P Landry Law Offices has been operating for more than twenty years and we have found that most drivers in Hyannis, MA do not know that Uninsured Motorist Coverage exists. As a result, they do not have valuable information they could use in the event an uninsured motorist injures them.

What is Uninsured Motorist Coverage?

Uninsured motorist coverage can pay for lost wages and medical expenses in the event that an uninsured driver injures you in a car accident due to their own negligence. It also comes in handy when you are the victim of a hit and run accident.

Massachusetts might be a mandatory insurance state but the number of uninsured cars on our roads today might surprise you. According to Insurance Research Council, 3.9% of drivers in Massachusetts are uninsured. A large number of these car owners don’t have insurance because they do not pay for it and continue to drive because they don’t realize their coverage has been cancelled or they feel they have to. Other drivers are from states where getting motorist insurance is optional.

When do You Need Increased Limits of Uninsured Coverage?

When Should You Not Increase the Limits of Uninsured Coverage?

What is Underinsured Motorist Coverage?

Underinsured motorist coverage differs from uninsured motorist coverage in that underinsured coverage pays for medical bills in the event the driver at fault has little insurance. If, for example, the at-fault drive has a policy limit of $50, 000 per person and your lost wages and medical bills amount to $60, 000, the at-fault drivers insurance coverage obviously won’t cover all your expenses. But if you have underinsured coverage of $150, 000 per person, the other driver’s insurance will pay you $50, 000 and your own policy will pay you the rest.

Why You Need Underinsured Coverage

What if your child or another family member got into a car accident and the at-fault driver does not have enough insurance to pay for their injuries? Additional insurance coverage would definitely help in such a situation.

How Does an Uninsured/ Underinsured Claim Work?

If you or a loved one was hit by an uninsured or a hit and run driver, you should contact your insurer as soon as possible to inform them that you need to file an uninsured claim.

Some insurers have strict deadlines so don’t delay notifying them of a potential uninsured claim. Some have deadlines that are as brief as 30 days.

An underinsured claim process in Hyannis progresses the same way as a standard car accident claim. The only difference is that the claim is against your insurance company. It’s also important to note that if you and insurer fail to come to an agreement, you cannot sue them. You can, however, submit your claim to a binding arbitration.

If you have been involved in a car accident with an underinsured driver in Hyannis, we are here to help. Contact us at 508-775-1660 or visit our Hyannis offices today for a free initial consultation.