What are the Signs of Elder Abuse in Nursing Homes and What Do? 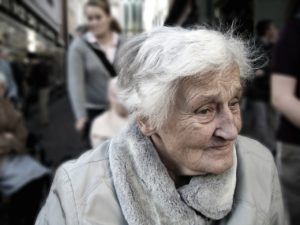 Elderly individuals need support from family, friends and sometimes they may need to stay in a nursing home facility. These individuals are likely to suffer from elder abuse because of their reliance on other people. Abuse can be in many forms including neglect, exploitation and various forms of violence.

This is why it is important to prevent elder abuse in nursing homes as well as spread awareness about it. This way, it will be easier for people to identify the abuse and what to do about it.

We have a list of situations and conditions that might be a signal for elder abuse but keep in mind that not all of them indicate abuse. It’s important that you first do your investigation before concluding anything.

Elder abuse is categorized as:

This involves any kind of non-consensual sexual conduct. It can include sexual harassment, take sexually explicit photos and videos, sexual coercion, sodomy, rape or inappropriate touching.

This happens when the caregiver does not give adequate care to an elderly person they are obligated to care for.

This includes taking advantage of an elderly person financially. This may involve getting them to sign legal documents indicating that they’ve given over their wealth or tricking them into signing deals that will drain them financially.

It’s important to be aware of all forms of exploitation in nursing homes since it is not limited to sexual or physical abuse.

The best way to find out if your loved one is undergoing abuse in a nursing home is by keeping in touch with them on a regular basis.

The main reason why some forms of elder abuse are hard to identify is because most people assume their behavior is the natural effect of aging. The more you, your family and friends keep in touch with your loved one, the higher the chances that you won’t miss any form of elder abuse.

However, keep in mind that your loved one might not want to report the abuse due to many reasons such as:

It’s easy to assume that physical abuse is the easiest form of abuse to identify but this is not always the case.

For elderly people, it can be hard to identify signs of physical abuse because by nature when we age, our mobility and health declines. According to CDC, the most common cause of injuries in adults above the age of 65 is accidental falls. With that being said, how easy would it be to identify injuries caused by an accidental fall and an abuser?

Below are some clues that should point you in the right direction:

Physical abuse also includes any other behavior that harms a person’s physical health. For example, refusing to take them for scheduled medical check-ups when they have a chronic condition or when they injure themselves can be categorized as physical abuse.

Signs of Emotional or Psychological Abuse

It’s common for old people to be diagnosed with psychological conditions such as dementia. One of the biggest signs of dementia is mood swings and forgetfulness. Also a decline in cognitive abilities can affect a person’s behavior.

This is why it can be hard to know whether or not an elderly person is being abused in a nursing home or if the deterioration in their emotional and psychological wellbeing is caused by other factors.

Here’s how to spot if your loved one is undergoing psychological abuse:

Here’s how to spot sexual abuse:

Many older adults remain sexually active so it might be challenging to identify sexual abuse. It’s not unusual for residents in a nursing home to have consensual sex with one another.

As your loved ones age, they become dependent on other people to manage their financial affairs. This may include daily expenses or even complicated matters such as estate planning. Differentiating financial exploitation from poor financial planning can be hard but these are the signs to look out for:

Fraudsters love taking advantage of the elderly so it’s important to always monitor your loved ones finances to avoid them becoming victims of exploitation.

Abusive behavior shouldn’t be the only thing that you should watch out for at the nursing home. It’s also important to ensure that your loved ones are properly cared for. It’s easier to spot neglect than it is to spot abuse. Below are the signs of neglect:

What You Should Do in Case of Elder Abuse

The first thing that you should do when you suspect your loved one is being abused at the nursing home is to remove them from the nursing home to ensure their safety and well-being. Then you should report the incident to the Massachusetts hotline by calling (800) 922-2275. Alternatively, you can call 911. Give them as much detail as possible and avoid taking any action that might be deemed illegal or might put your loved one in more danger.

Secondly, you should contact an elder abuse attorney after you have confirmed your suspicions about elder abuse in the nursing home. Your loved one deserves to be compensated for their trauma and also recover any assets they might have lost to fraudsters. Contact our lawyers at Kevin P Landry Law Offices for a free initial consultation.