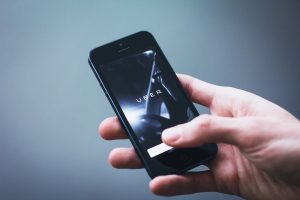 In February 2013, Uber began offering many American communities low cost reliable ridesharing transportation. The company is one of a few popular car-for-hire services that provide rides as an on-demand alternative to taxis. Because of its popularity, fleet operators and taxi drivers have felt threatened by the company that is only minimally regulated. These long-standing competitive companies have brought the convoluted insurance problems of Uber to the forefront.

Uber provides a valuable and affordable service because pricing varies greatly by need or demand. During off-peak times, the cost of riding an Uber vehicle can be substantially less as compared to taking a taxi. Instead of paying a fare, passengers provide “donations” to the drivers, at least theoretically.

Even while providing the same type of services as a taxi, Uber has liability issues that are significantly different, especially when filing a claim or lawsuit against one of its drivers. The company has gone to great strides to define liability as it applies to the customer (passenger), driver, other motorists involved in accidents and Uber itself.

The Need for High Quality Insurance

From the start, the company knew its drivers needed high quality insurance coverage to manage its liability while staying open for business. As of July 2014, every on-demand ride through the Uber program provides a variety of liability coverage for each passenger, including:

Unlike a taxi company, Uber does not own or control their vehicles, nor are the drivers directly hired by the company. Their business model is much different from a traditional taxi in that an Uber vehicle is not hailed on the street, but through an app instead.

Because of that, the insurance coverage is far more convoluted than traditional car for hire companies, like taxicabs, limousine services and others. Typically, the driver maintains a specific kind of commercial coverage on their personal vehicle when transporting passengers, and a different one when riding in the vehicle alone. Uber drivers are usually covered by their primary personal insurance that often varies widely based on the individual driver, the municipality and the state.

The Need for New Liability Laws

Legislators and regulators across the nation from California to Rhode Island are taking efforts to define accident liability and enact law for ridesharing companies, including Uber and its competitors. This is because Uber describes its drivers as “independent” as a way to transfer the cost of nearly limitless liability onto taxpayers.

Skirting the law using “independent” drivers is causing problems for many metropolitan areas, where lawmakers consider sharing rides through “hire” as potentially illegal. The ride-share program appears to violate city ordinances involving taxis and other forms of public transportation, by offering rides in personal vehicles for an exchange of money. Most of the violations come from the Uber app, designed to track fees and mileage much like a meter in a taxi.

Some legislators believe that even if the reliable ride-sharing company is providing safe transport, its operations are illegal because it does not follow enacted laws and regulations. Determining whether taxi ordinances will change to comply with Uber’s business model, or the other way around, may take years to decide. Until then, it is incumbent upon every person in need of a ride for hire to ensure they are being fully protected when being transported in an Uber vehicle.